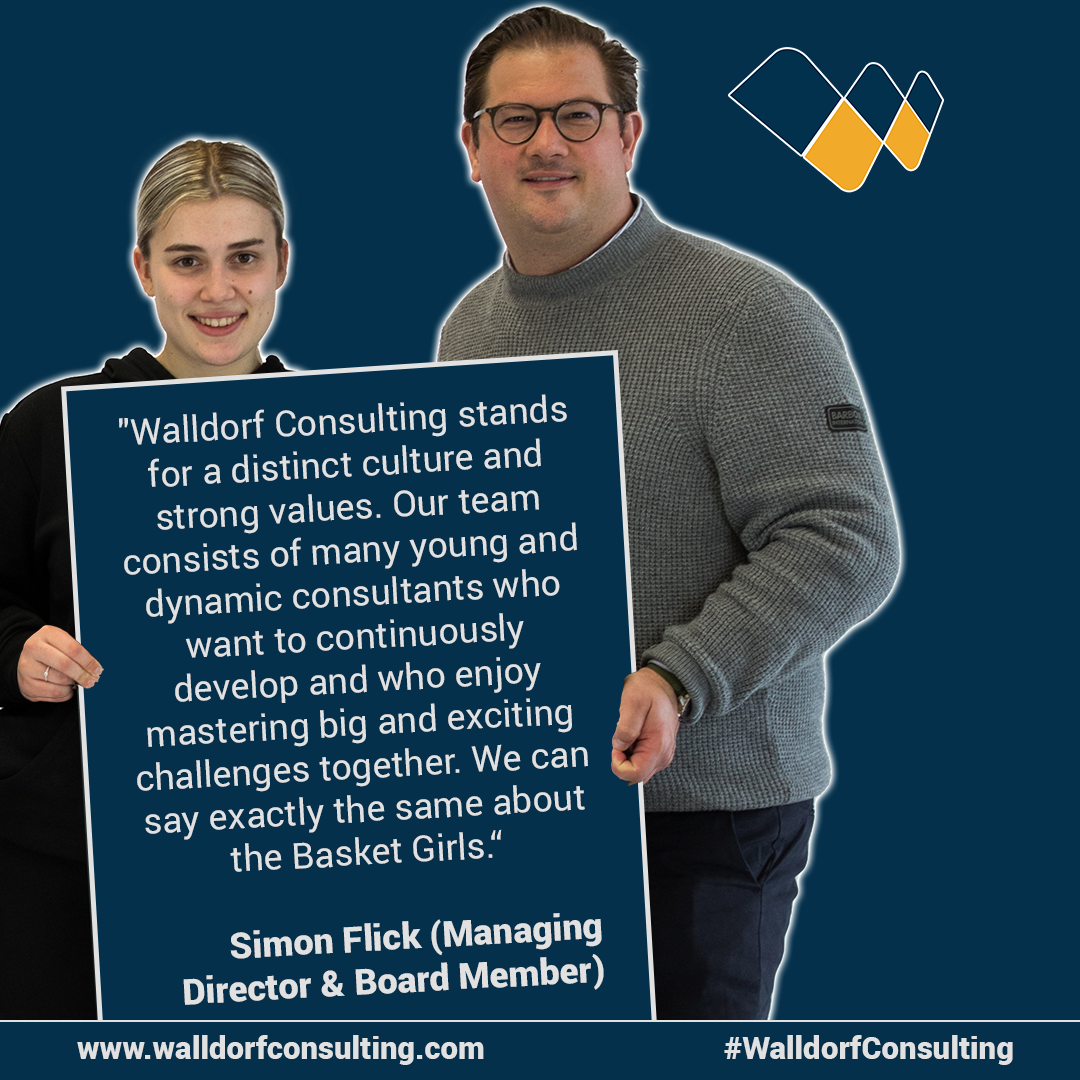 Since the past season, Walldorf Consulting AG has been actively involved as a sponsor of the WNBL (U18 Female National League) Basket Girls Rhein-Neckar – for good reasons. 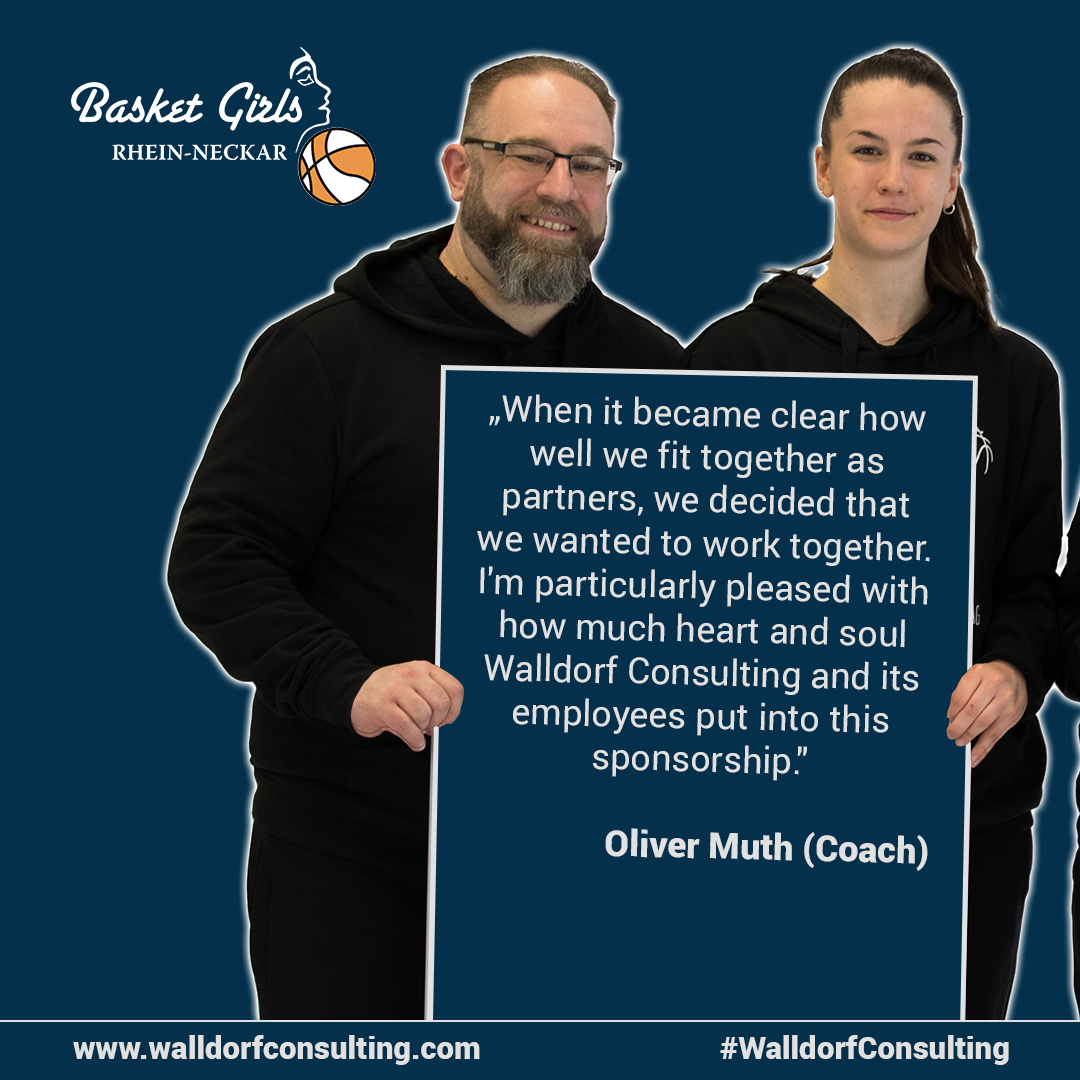 Important Education on and off the court

The Basket Girls were founded in 2009. Since then, the team has consisted of young female players who are also active for a wide variety of home clubs in the south of Germany. In the season just ended, the Basket Girls finished fourth among the U18 teams in the WNBL Group South and once again secured their place in the playoffs in the highest possible division in their age group. Coach Oliver Muth, who helped build the team from 2009 and still coaches it today, sais: “Our team has once again performed at the very highest level. In any case, the most important thing in youth development is that the players develop together – not only athletically, but also in terms of their personalities. That is even more important for their further path, for example also for their professional careers.” From a sporting perspective, Muth is particularly proud of the fact that the Basket Girls alumni form the backbone of many ambitious teams in the region.

Muth is very grateful about the commitment of Walldorf Consulting AG: “The contact came about through the founder Hanno Hofmann, who immediately signaled a willingness to talk. When it became clear how well we fit together as partners, we decided that we wanted to work together. The support helps our work enormously and I am particularly pleased with how much passion Walldorf Consulting and its employees put into this sponsorship.” The income from the Basket Girls’ sponsorship partnerships actually benefits the young players exclusively. It makes it possible to buy high-quality training and playing clothes, equipment and, above all, important activities, such as a trip to a high-class international tournament at Easter. These costs would otherwise have to be borne by the players’ families themselves, which for many would mean an additional and in some cases unmanageable financial outlay.

Identification of employees as a requirement for sponsorship 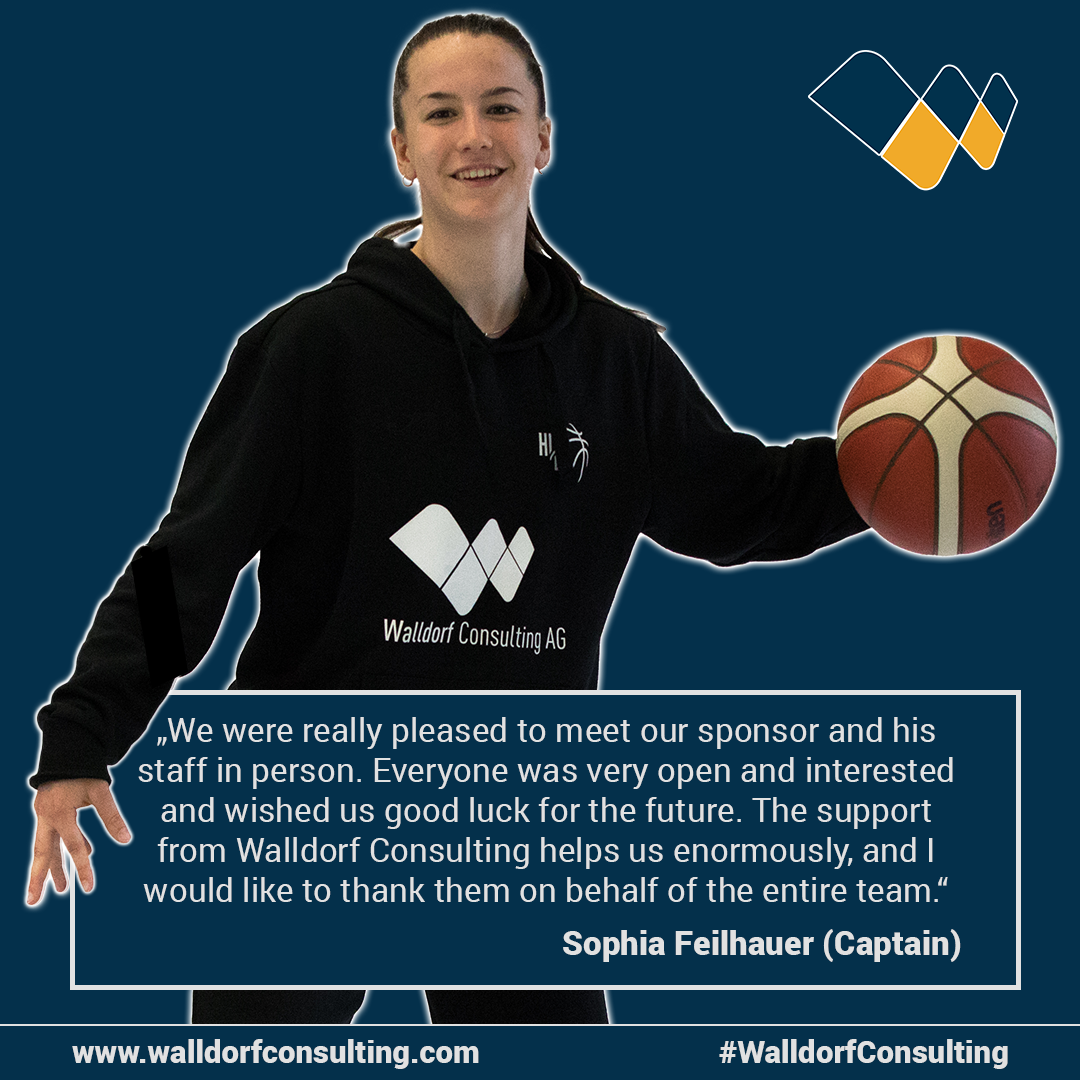 For the shoot to announce the partnership, some employees of Walldorf Consulting also came to the training hall at Neuenheimer Feld in Heidelberg. “We are pleased that our colleagues are so interested and that they can identify with this sponsorship,” emphasizes Simon Flick. “That was another essential requirement for us to have entered into it.”

In addition to the identification of Walldorf Consulting’s employees, the Managing Director and Board member
also emphasizes other goals of the sponsorship: “Of course, it was also relevant for us to be able to present ourselves as a company in this young environment. Through various advertising presences, we also hope that one or two potential new employees will take notice of us.”

In any case, this is already the case for the Basket Girls’ players, such as captain and supporting player Sophia Feilhauer: “We were all really pleased to meet our sponsor and its employees in person for the first time today. Everyone was very open and interested and wished us good luck for the future. The support from Walldorf Consulting helps us enormously, and I would like to thank them on behalf of the entire team.”

Employees of Walldorf Consulting will certainly drop by at the home games from time to time. In addition, further joint activities are already being discussed.